I believe that even complex tools can be easily learned. But I also believe there is more than one way to master them and achieve best practice, because every team has its own needs and requirements. So I will listen to your objectives, talk through your options, and ultimately help find the best approach for you to achieve your goals. For me, customer satisfaction is key. 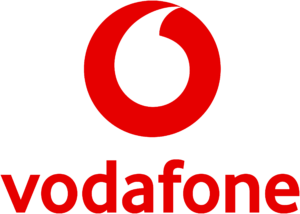 For two years, I administered Jira, Confluence, and Bitbucket for the telco provider Vodafone. These applications were utilized by various development teams and agile squads. The following assignments were my most significant achievements:

Merging Jira version 6 with Jira Software 8
The Business intelligence department needed to migrate the contents of their Jira (v6.0.7) to the company’s central Atlassian stack. The main challenge here was finding a way to move the data from the old version to the new one because there were several years of updates between them. For the successful merger, I upgraded the old Jira and used the Project Configurator app. This migration saved the company around $4500 in costs per year.

Transfer from Scrumdesk to Jira Software
The web analysts’ department had been using Scrumdesk to track issues, but this tool’s features were proving insufficient for the needs of the team. So I facilitated a move to the main Jira via a CSV import.

Migrating from the Cloud to a Server instance
One of the development teams atVodafone wasn’t satisfied with the limited capabilities of Atlassian Cloud and was therefore interested in migrating to the company’s central Jira instance. I worked on the migration proposal.

For the development teams at the Czech Post, I provided a solution in Jira, which enabled the managers to track both the estimated and logged times of Jira users. This also allowed them to allocate resources to the team, project, and portfolio levels. This solution utilized the Projectrak, Tempo Planner, and Structure apps.
Show more

Reporting on time and resources allocation

For the project management office of the supermarket Globus, I created a wide range of managerial reports showing where each team member logged their time. This involved allocating whether the inputted time was paid work, voluntary overtime, or a leisure activity, such as a vacation. I solved this issue with the help of the eazyBI and Tempo Timesheets apps.
Show more

For the betting agency Tipsport, I acted as a consultant and was the implementer of the Crowd application, which was connected to a local Active Directory, providing users withJira and other apps. I also created several project-reporting proposals for the development department, which proved crucial for tracking which teams were working on which projects and how much time was being spent on each.

At the global ICT provider Apelby Communications, I helped resolve a situation where a critical field had disappeared from their Jira instance. This field connected to a local database via the Elements app, and provided data to other add-ons such as Email This Issue or Scriptrunner. Without it, the whole helpdesk had stopped functioning. However, I managed to recover this complex integration, migrated Apelby Jira to a new server, and upgraded it to the newest version, so the company was able to enjoy the features of the updated system.

Administrator training in Jira and Confluence 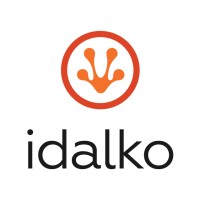 For Idalko, the top Belgian Atlassian Platinum partner, I wrote a 7000 word-long ebook on how to migrate from on-premise applications to the Cloud. For this I utilized my previous experiences with migrations, my colleagues’ recommendations, and advice straight from Atlassian support. You can read the full article in the Publications section.

I also work here as a copywriter, writing news articles about the Atlassian ecosystem, such as “What’s on the Atlassian Roadmap” or “How to migrate apps”.

I was also the host of several webinars on topics as diverse as security, governance, and administration best practices for Atlassian apps.

Consultation and administration in German

For customers of the influential German Gold Atlassian partner, Actonic, I provided requirements analysis, configuration, technical implementation services, as well as all of the necessary documentation.

One of the most interesting projects here was a proposal for a customer support service in Jira, but without Jira Service Management. Ultimately, I used the Backbone Issue Sync, SLA, and Automation for Jira apps.

Atlassian training for all user levels

I provided Jira and Confluence training for user, power user, and administrator levels at ICTPro, a company which provides education in ICT technologies.

For my own board game startup, I administer the server instances of Jira and Confluence in the development department. This means overseeing installations, upgrades, implementing apps like eazyBI for Tempo Timesheets, and setting up processes such as development, testing, HR, and customer support.

For the laser technology experts at Lascam, I have consulted and implemented Jira Software to support agile collaboration and helped solve problems they have encountered along the way.

I have also helped set up reports and WBS views for waterfall projects in the BigGannt app.

While I was there, I configured and administered a Jira instance set up as a CRM system for one of Onlio’s clients in the healthcare department. This application connected to a database using the nFeed app (now called Elements Connect) and automatically inserted customer information into the relevant fields on Jira tickets.

I hosted training sessions for users and administrators that needed to get the most out of Jira.

I implemented Jira as a reclamation system for a client from the delivery sector.

For the German Atlassian Gold Partner, Decadis, I write articles about their plugin “Admin Toolbox for Jira”, which I have been using and recommending for more than three years. The articles focus on how this app helps administrators in their day-to-day work and how it can simplify even a Cloud migration.